OLIVER STROMMER is the current Executive Director responsible for overseeing the activities of the British Chamber of Commerce in Hungary. Having grown up in the UK, he graduated from Swansea University in Business Studies. Soon after graduating he began his career at one of the largest exhibition organisers in the world namely ITE Group Plc where he was entrusted together with his team to set-up brand new show launches in new emerging markets. From here Oliver was promoted to run his own division within this large multinational exhibition organiser eventually leading him to a brand new Hungarian venture setup funded by the founders of ITE Group Plc, which brought him right back to his roots. As the start-up company took off with very successful shows including the then leading home interiors event in Hungary, he later decided on buying out the sister firm and ran it as his own events company finally selling the firm in 2010. From here, Oliver took a brand new career path with the setup of the British Business Centre, that the British government entrusted him with, namely by establishing a consultancy arm within the confides of the British Chamber of Commerce in Hungary to assist UK exporting. For 5 years, Oliver together with his assembled team successfully assisted British firms find specific routes into the local market either by carrying out consultancy research on suitable local partners or via more complex routes into market assistance through aiding UK firms set-up their local Hungarian subsidiaries. As the present executive director of the BCCH, Oliver’s main role will be to drive his past experiences of proven commercial service provision into his new role for the continued benefit of the chamber network that he has already become very closely affiliated with through his previous management of the British Business Centre. Oliver also assumes overall responsibility for the chamber’s day-to-day business activities aligned with the support of the council board members and the elected chairman of the BCCH. 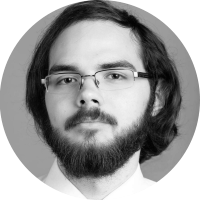 GÁBOR SCHÄFFER is the Event & Communications Manager of the British Chamber of Commerce in Hungary. Gábor joined the Chamber in January 2019 from an internship position at the British Business Centre and he was appointed Event & Communications Manager. He is responsible for organising and supervising the execution of Chamber events, coordinating programmes, managing social media activities and website content including sending out invitations, writing event reports, articles and news. He also keeps in touch with members and partners, sponsors and SIG heads. Gábor has a BA degree in International Relations at Corvinus University of Budapest and is planning to continue his IR studies at MA level. He considers himself a conscientious, yet relaxed person who likes new challenges. Outside work, Gábor is a film buff and enjoys motorsports.

This website uses cookies so that we can provide you with the best user experience possible. Cookie information is stored in your browser and performs functions such as recognising you when you return to our website and helping our team to understand which sections of the website you find most interesting and useful.

Strictly Necessary Cookie should be enabled at all times so that we can save your preferences for cookie settings.

If you disable this cookie, we will not be able to save your preferences. This means that every time you visit this website you will need to enable or disable cookies again.